If you’re visiting Grand Canyon National Park knowing local road conditions will help you save time and stay safe on your vacation. There are hundreds of miles of roads in Grand Canyon National Park and other Grand Canyon Destinations. Roads along the South Rim stay open all year unless there is a winter snow storm, but they can get extremely busy during the summer months. The road to the North Rim is only open seasonally, but it offers much less traffic and a very different canyon experience. Heading to the East Rim and Marble Canyon offers a chance to drive to the Colorado River and Grand Canyon West will take visitors to the Grand Canyon Skywalk. For backcountry hikers and people looking for more adventure numerous dirt 4x4 roads lead to isolated destinations and backcountry trailheads. Learn the best driving routes and stay safe on your trip with up to date road conditions and driving resources. Read the guide below to learn more about Grand Canyon roads and conditions, or check out our Grand Canyon map to find all canyon destinations and attractions.

The roads along the South Rim of Grand Canyon National Park are open year-round, but closures can happen from snow storms or dangerous weather conditions. Remember it can snow along the South Rim into April so even in the spring season a closure or poor driving conditions are possible. For the rest of the year the main issue is heavy traffic the occasional elk jam.

The North Rim officially opens May 15th every year and Highway 67 is the main road to the North Rim. North Rim lodging and stores are open from May 15th through October 15th, while the National Park campground closes October 31st. After October 31st Highway 67 stays open until December 1st from dawn till dusk, unless there is snow, in which case the road is closed until May 15th when facilities reopen the following year. There are also dirt Forest Service roads that lead to the North Rim vistas and trailheads, but good vehicle clearance and the right maps are necessary.

West Rim Roads go to popular destinations like the Skywalk and Havasu Falls, as well as some of the canyons least visited destinations like Toroweap. Grand Canyon’s West Rim has roads that are at lower elevations, so snow and winter weather are almost never an issue. Although these roads are open year-round, closures can occur due to flash floods on Diamond Creek Road and the roads to Toroweap. The road to Toroweap can also be very dangerous in the summer season due to its extreme isolation and hot weather.

The East Rim of the Grand Canyon, also known as Marble Canyon is accessible year-road and the major roads are paved and accessible. Winter weather is not an issue for driving due to the areas lower elevation, but visitors should be prepared for hot weather during the summer months. 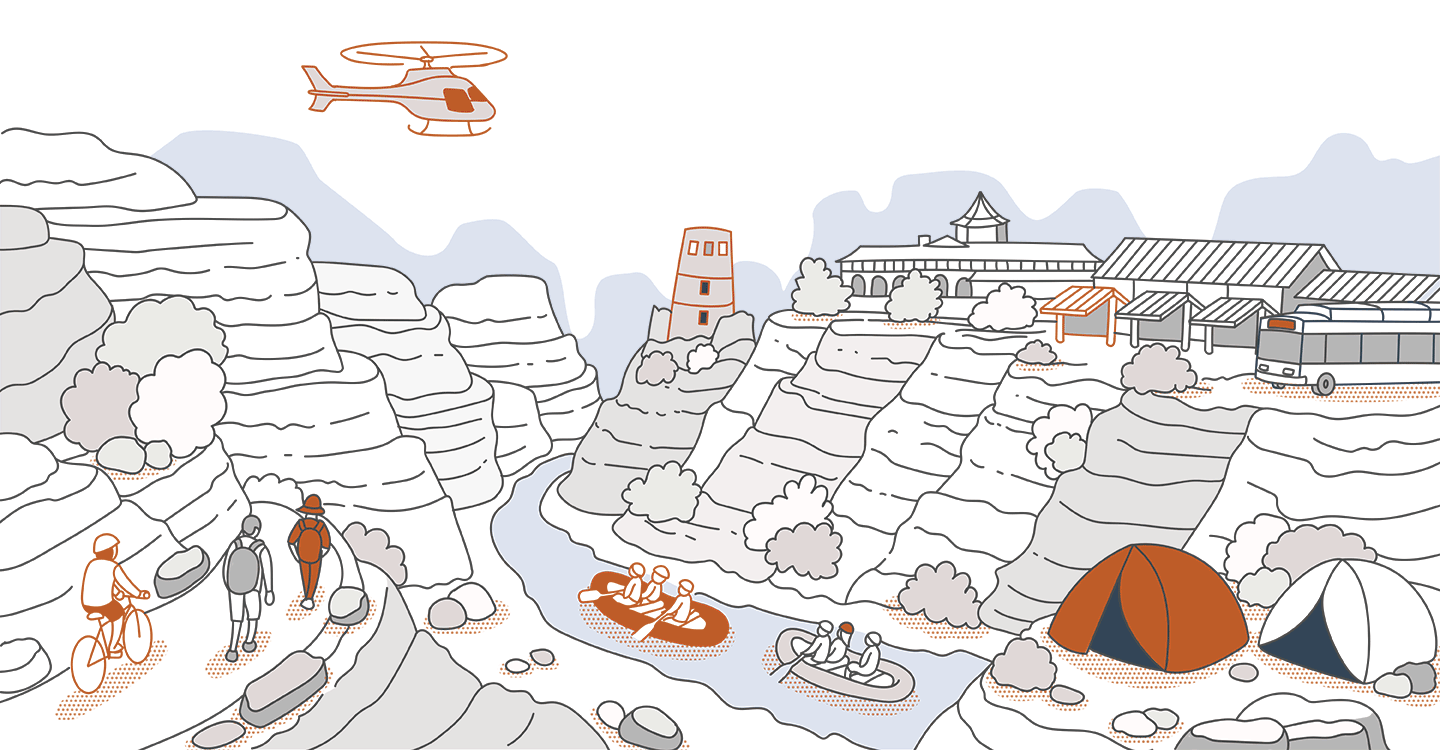