Phoenix is the closest major international airport to the Grand Canyon’s South Rim.  For most people traveling the South Rim of Grand Canyon National Park, Phoenix is their first stop. One of the fastest growing cites in the Southwest, the Valley of the Sun has pretty much every amenity one could want or need.  Once filled with beautiful orchards and cotton farms, Phoenix is now a metropolitan area with venues for sports, music and other activities to experience on the way to the canyon.  Phoenix also offers some great outdoor activities including golfing, hiking and horseback riding.

Phoenix is located in the Sonoran Desert, and this is reflected in its climate and weather.  Giant Saguaro Cactuses offer a beautiful backdrop, and popular destinations like Camelback Mountain offer a good way to stretch your legs. Early Spring and late Fall have wonderful weather, and winters are very mild.  The sun is almost always shining in the Phoenix Valley and this includes the summer when temperatures can exceed 116 degrees in the shade, followed by monsoon season in July and August, when impressive thunderstorms turn dry creek beds into raging rivers. Since Phoenix is the same elevation as the bottom of the Grand Canyon, hikers and mule riders will experience the same climate in Phoenix as the will along the Colorado River on the bottom of the Grand Canyon. Read the guide below to learn more.

Travelers heading to the Grand Canyon from Phoenix will want a car for transportation, unless they are doing one day tours or other packages from the Phoenix area. There are some public transportation options, but a rental car is much easier and more cost effective. There are car rental companies located at the Phoenix Sky Harbor Airport, so picking up a rental to drive to the Grand Canyon is quick and easy.

If you're coming to Phoenix to visit the Grand Canyon there are several Grand Canyon Tours and Vacation Packages that start in the Phoenix Valley and take you to Grand Canyon National Park. Sedona is another popular destination fairly close to Phoenix at about 2 hours and several tour guides include a stop in Sedona on your Phoenix based Grand Canyon Tour.

Best Restaurants in Phoenix and on the drive to Grand Canyon

Because it’s such a large city, Phoenix Arizona has every hotel option you can image for lodging before your Grand Canyon Adventure.  The Phoenix area is known for 5-star desert golf resorts, but there are also hotels and lodging right at Phoenix Sky Harbor Airport with affordable rates and options for all types of Grand Canyon travelers it’s a great place to stay before you head up to your Grand Canyon hotel. 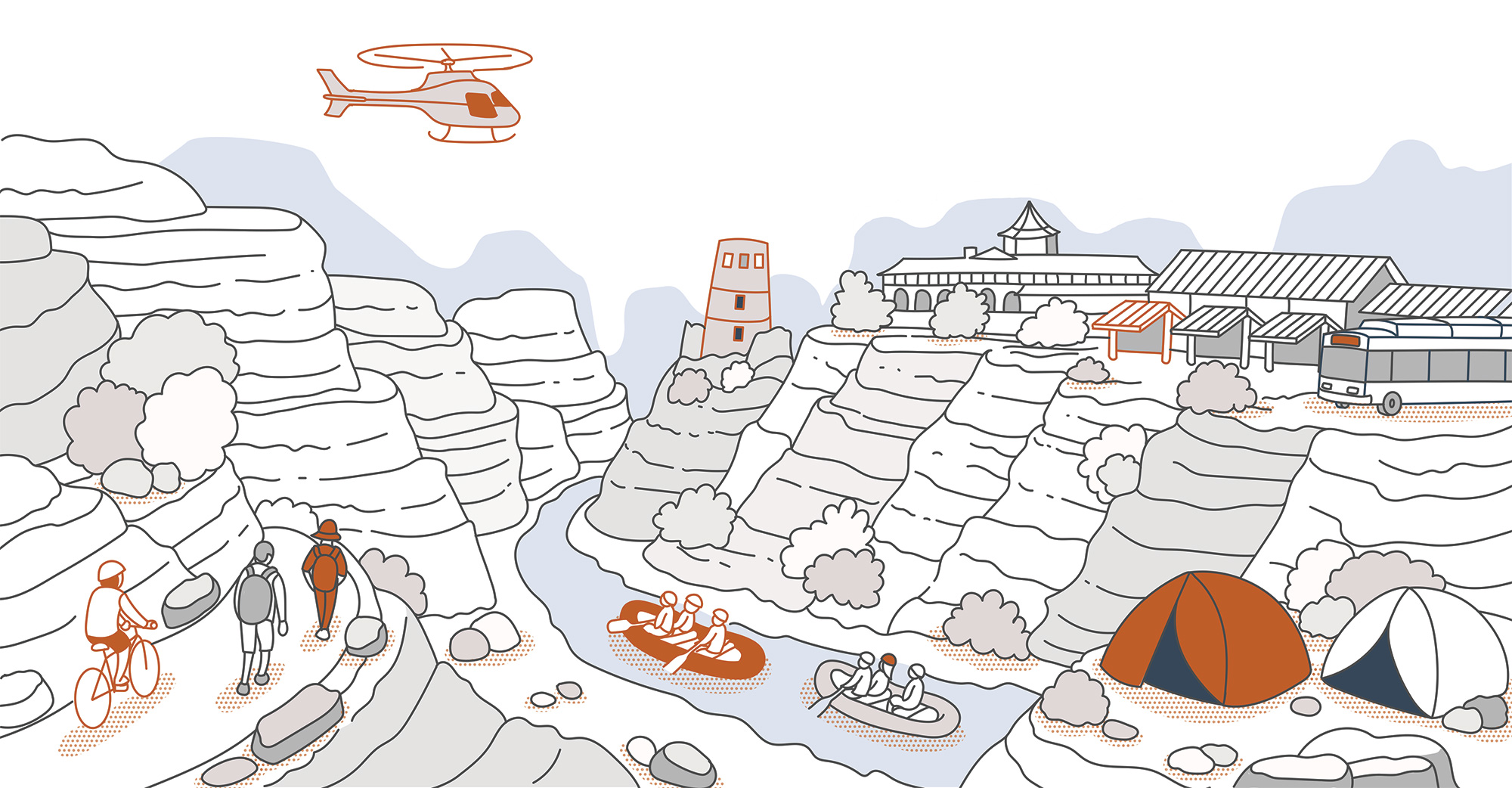 Prepare for your trip

Learn about the Grand Canyon's best destinations, lodging and activities.

Pack your bags and go knowing you planned the ultimate adventure.